Metaphysical Science explores the true nature and behavior of the non-physical aspects of Reality.

That is why quantum physics, which delves into nature that precedes physical manifestation, cannot produce consistent and duplicatable results and is sometimes called "the science of probabilities".

Scientists are beginning to recognize that what they have been defining as "cause" is simultaneously "effect".

Everything that can be observed and measured in the physical world is a result of Mind. The very process of Mind perceiving its creations has an effect upon what is being observed (known as the "observer effect").

In other words, the very act of using science to observe the "cause" of any observable outcome will have an impact of upon the result, or "effect" being studied!

But how can such a universe be studied if it cannot be objectively observed and measured?

Non-physical means of perception - such as feelings, emotion, intuition, inspiration, psychic awareness, remote viewing (to name a few) - can be used to study the true nature or our physical world and life experience.

All human beings, including scientists, know that just because something cannot be seen with the eyes, heard with the ears, felt with the skin, or even smelled or tasted, does not mean that it is not real or does not exist. We all know this.

Personal experience and subjective observation give the Mind and Spirit valuable feedback as to the results of our intentions and desires. And it is our intentions and desires that are the cause of all that is observable and measurable.  The act of observing and measuring the results has an effect upon the cause - and the feedback loop of creation cycles on.

The scientific method has its place, even in the arena of metaphysical science and spirituality - as long as the limits of this valuable discipline do not limit the awareness of those who utilize it.

~~Quantum Theory: Entering the "digital age" of physics and metaphysical science. As science continues to explore the true nature of physical reality, new subsets of physics - such as quantum theory, quantum mechanics, and quantum physics - arise in an attempt to explain the behavior of matter at subatomic levels.

~~The Theory of Everything: Uniting The Physical and Non-Physical Dimensions of Experience. Scientists and philosophers use the term "Theory of Everything" to name their carefully thought out attempts to describe the metaphysical truth of reality. While they might approach the subject from different directions, in the end they must merge to create a complete picture.

~~The Zero Point: Where Science and Spirit Meet? The attempt to "prove" that spirit exists using scientific practices and procedures is quite enigmatic. However, scientific exploration into the field of quantum physics, and the discovery of the zero point field of energy, has given some insight into the true nature of the mind and the universe it creates (including the human body).

~~Science Mysteries: When Science Meets Metaphysical, Paranormal and Quantum Phenomena. Unexplained phenomena fall under many categories. These include, but are not limited to, cosmology, healing, free energy, time travel, parapsychology, consciousness, crop circles, extraterrestrial life, and emerging technologies. Many of the things we take for granted in our everyday lives, such as electricity, wireless communications, prescription drugs and medications, and even the phenomena of birth, life, and death cannot be entirely explained by science.

~~ Physical Reality: A Metaphysical Point of View. The physical Universe is real because you know it to exist. It doesn't matter that it is an image in your mind, or holographic in nature. These qualities will have an impact on how you relate to the world and other people in it, but it does not disqualify the reality of your existence and experience.

~~ Perception: Perception of the physical world with the body's five senses is an illusion created by the Mind. The human Mind, which exists outside of time and space, is responsible for the projection of the human body, including the brain and the five physical senses.

Use the links below to explore metaphysical science and Cosmology at Metaphysics-for-Life:

~~ The Mayan Calendar and 2012: On December 21, 2012 the Sun will eclipse the center of the Milky Way Galaxy. It is also the winter Solstice, which places the Earth between the Moon and the Sun. This alignment only happens once every 26,000 years or so. That is why the Mayans point it out as the end of a cycle. It is a very large, galactic cycle - one that will begin again on December 22, 2012 and last another 26,000 years!

~~ 2012: The End of Time? Or just another movie?Perhaps on December 21, 2012 we will encounter events that have not been seen or experienced in nearly 26,000 years. Or not. We do know we are witnessing the end of a very long cycle, and the beginning of the next, very long cycle. What that transition will bring we cannot know - at least not until we "go through it" - and therefore "know it" - ourselves. 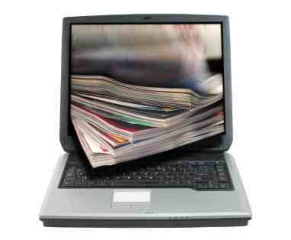 Put Metaphysical Science to work in your life: Subscribe to Science Articles, understand the Law of Attraction, and find answers to the question - What Is Life?

~~ Science Articles: Keeping up with the latest research in physics, the mind, and even nutrition and health (such as the discovery of light photons as a nutritional element) is one of the critical ways to maintain a sense of self-empowerment and personal choice in creating a happy, healthy life.

~~ The Law of Attraction: By looking deeper into the metaphysical aspects of this and other universal laws, it is possible to transcend the illusion of separation and enjoy the benefits of unity, oneness, connectedness - and the personal empowerment and joy these qualities can bring to one's life.

~~ What Is Life? Life is what we really are. What we call our lives, from birth to death in these physical bodies, is actually the experience of one point of view in the illusion of separation, during which we come to know (or go through) that which we are not. It is this contrast of knowing what we are not that causes us to remember who we are.

Watch Metaphysics For Life Lesson 102: How It Really Works

Watch more Metaphysical Science videos. Go To: A Mind With Heart Channel on Youtube. The official Youtube Channel for Metaphysics For Life!

Back to TOP of Metaphysical Science, or Return to the HOMEPAGE.