The Theory of Everything: Uniting The Physical and Non-Physical Dimensions of Experience. 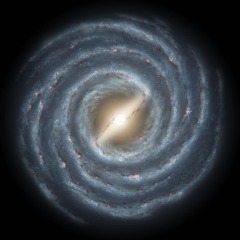 The Theory of Everything (TOE) is a phrase used by philosophers and physicists to describe the search for a Unifying Principle of the Universe.

Metaphysics is the study of the true nature of reality and includes philosophy as well as physics. Both scientists and philosophers use the term "Theory of Everything" to name their carefully thought out attempts to describe the metaphysical truth of reality. While they might approach the subject from different directions, in the end they must merge to create a complete picture.

Both science and spiritualism have come to the realization that what we perceive as physical matter arises from, and is in fact, non-physical. Therefore, to seek a TOE in terms of three dimensional matter and energy is not only frustrating, but impossible. The most famous scientist to seek a Theory of Everything is Stephen Hawking. After spending most of his life in this pursuit, he has concluded such a theory is not possible. Albert Einstein also spent the last years of his life attempting to use mathematics to describe a Unified Field Theory, but could not do so.

Modern scientists who are willing and able to integrate both physical and non-physical aspects of reality into their theories are beginning to meet with some success. These include Dr. Thomas Campbell, Nassim Haramein, and Dr. Milo Wolff (see links below). While on the surface their theories seem to differ, at the core they share one thing in common; that the so called "field" that "unites" everything is not physical and cannot be measured or defined by physical senses or instruments.

My own experience of a "unifying field" was arrived at by practicing a combination of The Headless Way and a process I call Heartcompass LifeNavigation. By exploring the true nature of Mind, Heart, Body and Spirit (or Soul) through life experience and self observation, I was able to arrive at an inner perspective where I was able to directly "know" this "field", and I was not separate from it. In fact, who we really are is this field that is the substance from which everything arises, and within which everything is "contained" (not the best word, since there is no inside and outside, but the best I have for now).

Everything that can be observed in the worlds, both physical and non-physical, and existing in various dimensions and realities, exists within this Unifiying Field - and the Unifying Field is US.

Therefore, any Theory of Everything that uses mathematics, geometry, or even philosophical ideas, must ultimately fail because it is using objects that exist within the field to describe the field. It's like trying to describe the ocean by pointing to the molecular structure of water. It's just not the same!

A TOE cannot be known or understood intellectually. It is a very personal experience, one that you certainly can have if you choose to do so. Finding your own TOE can have many benefits, including a sense of connection to others and the world around you, as well as an inner knowing of who you really are.

Explore the links and watch the videos below to learn more about The Theory of Everything.

OR, Go Back To: Metaphysical Science to learn more about using science to explore the true nature of reality.

The Theory of Everything (philosophy) Article on Wikipedia
To read an overview, with links to physics and related topics, visit Wikipedia (the Online Encyclopedia). This article does not include links to the works of Campbell, Harramein, or Wolff so please come back to learn more!

My Big TOE, written by nuclear physicist Thomas Campbell in the language of contemporary Western culture, unifies science and philosophy, physics and metaphysics, mind and matter, purpose and meaning, the normal and the paranormal. The entirety of human experience (mind, body, and spirit) including both our objective and subjective worlds, are brought together under one seamless scientific understanding.

The Resonance Project - A Unified Field Theory - Nassim Haramein
One of the ways that The Resonance Project Foundation is unique in that we are dedicated to the whole picture, bringing together the unification of all of these important aspects of humanity’s evolution and integrating them in our mission, our operations and our lives. Instead of seeing ourselves as separate from everything around us, this view allows us to recognize that we are embedded in a fractal feedback dynamic that intrinsically connects all things via the medium of a vacuum structure of infinite potential. This research has far reaching implications in a variety of fields including theoretical and applied physics, cosmology, quantum mechanics, biology, chemistry, sociology, psychology, archaeology, anthropology, etc

The Spherical Wave Structure of Matter - Dr Milo Wolff
Site Introduction (2010): Despite several thousand years of failure to correctly understand physical reality (hence the current postmodern view that this is impossible) there is an obvious solution.

Simply unite Science (Occam's Razor / Simplicity) with Metaphysics (Dynamic Unity of Reality) and describe reality from only one substance existing, as Leibniz wrote, "Reality cannot be found except in One single source, because of the interconnection of all things with one another".

The Headless Way
"There is a Reality which is Indivisible, One, Alone, the Source and Being of all; not a thing, nor even a mind, but pure Spirit or clear Consciousness; and we are That and nothing but That, for That is our true Nature; and the only way to find It is to look steadily within, where are to be found utmost peace, unfading joy, and eternal life itself." (From Religions of the World by Douglas Harding)

Watch videos at A Mind With Heart Channel on Youtube. The official Youtube channel of Metaphysics for Life!

Go Back To: Metaphysical Science