Many Famous Scientists and Philosophers have made valuable contributions to the field of metaphysics. 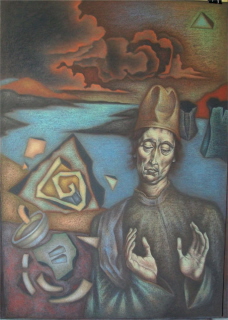 Famous scientists and philosophers (and some not so famous) can be found throughout the pages of Metaphysics for Life.

These famous scientists and thinkers have devoted a great deal of their lives and energy to the advancement of metaphysical knowledge and ideas. Most have made valuable contributions and advancements in areas that contribute directly to the quality of everyday human life.

Watch for links and videos throughout this site featuring the material and information contributed by these free thinking individuals for the benefit of everyone.

On this page you will find links to scientists and philosophers who have made contributions to the field of metaphysics - now, and throughout history.  You might want to bookmark this page to create a quick, easy resource for finding and exploring biographies, books, websites, and other material available online.

As Metaphysics for Life grows, new links to famous scientists and philosophers (and some not so famous) will be added.  Subscribe to the RSS feed,  Newsletter,  and Facebook page for updates.

Start exploring the links below now.  Clicking a link opens a new window, so you can return to this page easily. OR, return to the HOME page and continue exploring this site.

ARISTOTLE: Greek philosopher, author "Metaphysics" or "First Philosophy", Biography from Answers.com
The Metaphysics is considered to be one of the greatest of philosophical works. Its influence on the Greeks, the Arabs, the scholastic philosophers and even writers such as Dante, was immense. It is essentially a reconciliation of Plato’s theory of Forms that Aristotle acquired at the the Academy in Athens, with the view of the world given by common sense and the observations of the natural sciences.

ALBERT EINSTEIN: Metaphysics; On Truth and Reality
Simplifying the Metaphysical foundations of Albert Einstein's Theory of Relativity. From Einstein's Unified Field Theory of Matter (Continuous Spherical Fields in Space-Time) to the Wave Structure of Matter (Spherical Waves in Continuous space).

BRUCE LIPTON, PhD: Biology of Belief
A renaissance in Cell Biology now provides the cutting edge science - real science - to prove how holistic health therapies work! Research scientist Bruce Lipton, Ph.D., introduces a long-awaited paradigm shift in the biomedical sciences. The new science will inspire your spirit, engage your mind and challenge your creativity as you comprehend the enormous real potential for applying this information in your life and in your profession.

For over 22 years, Gregg Braden has searched high mountain villages, remote monasteries and forgotten texts to uncover their timeless secrets. Combining his discoveries with the best science of today, his original research crosses the traditional boundaries of science, history, and religion offering fresh insights into ancient mysteries. In doing so he has redefined our relationship to our inner and outer worlds, while sharing his life-affirming message of hope and possibility.

DEAN RADIN: Conscious Universe, Entangled Minds
Dean Radin, PhD. is author or coauthor of over 200 technical and popular articles, a dozen book chapters, and several books including the bestselling The Conscious Universe (HarperOne, 1997) and Entangled Minds (Simon & Schuster, 2006). For over two decades he has been engaged in consciousness research. Before joining the research staff at IONS (Institute of Noetic Sciences) in 2001, he held appointments at Princeton University, University of Edinburgh, University of Nevada, and three Silicon Valley think-tanks, including SRI International, where he worked on a classified program investigating psychic phenomena for the US government.

DR. MILO WOLFF: The Wave Structure of Matter
Among the not so famous scientists, Wolff contributes one of the most revolutionary theories to physics and metaphysics.

Wolff has found the structure of the electron consisting of two spherical quantum waves, one moving radially outward and another moving radially inward. The center of the waves is the nominal location of the electron 'particle'. These waves extend to infinity, like charge force. All 'particle' waves mix and contribute to each other, thus all matter of the universe is interrelated by this intimate connection between the fundamental 'particles' and the universe. The natural laws are a direct consequence of this Wave Structure of Matter (WSM), thus WSM underlies all of science.

DR. THOMAS CAMPBELL, author My Big TOE.
Tom Campbell has been a serious explorer of the frontiers of reality, mind, consciousness, and psychic phenomena since the early 1970s. My Big TOE (Theory of Everything) is a model of existence and reality that is based directly on Campbell's scientific research and first hand experience. It represents the results and conclusions of thirty years of careful scientific exploration of the boundaries and contents of reality from both the physical and metaphysical viewpoints.

DR MASARU EMOTO: Messages From Water
The research of Dr. Masaru Emoto captures frozen water crystals in photographs that present a glimpse into the mysterious response of water to thoughts, words and pictures. As part of the United Nation’s International Decade for Action: Water for Life, Dr. Emoto wishes to share his discoveries about the responsive nature of water with children around the world. Beginning in 2006, "The Message of Water" children’s book , will be provided to all the children in the world at no cost within the decade. This effort is called the “Emoto Peace Project.”

NASSIM HARAMEIN: The Resonance Science Foundation
Nassim has spent most of his life researching the fundamental geometry of hyperspace, studying a variety of fields from theoretical physics, cosmology, quantum mechanics, biology and chemistry to anthropology and ancient civilizations. Combining this knowledge with a keen observation of the behavior of nature, he discovered a specific geometric array that he found to be fundamental to creation, and the foundation for his Unified Field Theory emerged.

LYNNE McTAGGART: author "The Field", "Living The Field" and "The Intention Experiment"
Although Lynne is quick to point out that she is not a famous scientist (she's an author and journalist), her books rely heavily upon the research of quantum physicists around the world.

The Field was lauded around the world, from scientists and non-scientists alike, as the first book to synthesize all the discoveries from frontier quantum physicists about the nature of consciousness into a unified theory, comprehensive to the ordinary layman.

DAVID HUME: Causation and Connection; On Truth and Reality
The Philosopher David Hume is famous for making us realize that until we know the Necessary Connection/Cause of things then all human knowledge is uncertain, merely a habit of thinking based upon repeated observation (induction), and which depends upon the future being like the past.

HELENA PETROVNA BLAVATSKI: The Founder of modern Theosophy
"Helena Petrovna Blavatsky...is surely among the most original and perceptive minds of her time....She is among the modern world’s trailblazing psychologists of the visionary mind." Theodore Roszak, Unfinished Animal: Aquarian Frontier & the Evolution of Consciousness.

Explore the deep mysteries of human consciousness--with an alternative view of the nature of zero point dynamics, the physics and metaphysics of the heart, and the higher dimensional nature of Space.

DAVID CHALMERS
David John Chalmers (born 20 April 1966) is an Australian philosopher specializing in the area of philosophy of mind. He is Professor of Philosophy and Director of the Centre for Consciousness at the Australian National University. Chalmers's book, The Conscious Mind (1996), is widely considered (by both advocates and opponents) to be an essential work on consciousness and its relation to the mind-body problem in philosophy of mind. The book was described by The Sunday Times as "one of the best science books of the year". (from Wikipedia - David Chalmers)

Unfortunately for humanity, Kant made one small and yet fundamental mistake. And this error led to the belief that we could never know reality (the thing in itself), only our ideas of reality which were necessarily incomplete.

Find FAMOUS SCIENTISTS at TRUTH AND REALITY: Aristotle, Spinoza, Issac Newton, Gottfried Leibniz, Einstein, and more...
More famous scientists and metaphysicians On Truth and Reality, one of the Top Philosophy Websites on the Internet.

Back to TOP of this page, or return to the HOME page.

Famous Scientist and Philosopher Gerald O'Donnell - Former Military Intelligence Agent and founder of the Academy of Remote Viewing and Remote Influencing. Click to listen to an interview.