Philosophy of Metaphysics -
The Love of Wisdom and The True Nature of All Things. 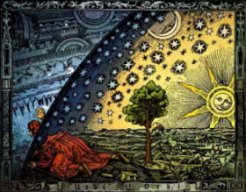 The literal translation of philosophy of metaphysics would be "the love of wisdom relating to that which is beyond the physical".

As science delves deeply into the true nature of matter, it finds that all matter is in fact "non-physical" - made up of energy and information that manifests out of an infinite sea of probabilities.

Therefore, the philosophy of metaphysics could be defined as "the love of wisdom relating to the true nature of all things."

A vast subject to say the least!

The Oxford Dictionaries define wisdom as: "the soundness of an action or decision with regard to the application of experience, knowledge, and good judgment".

Using this definition, we see that the philosophy of metaphysics is more than just a system of thought or belief.  It is reflected in our actions, decisions and behaviours - and that has a very real impact upon our physical life experience.

If someone asked you what your philosophy is regarding the true nature of all things, what would you say?

Your answer would be a reflection of what you think, feel and believe about yourself, others, the world, God, the Universe, Nature, and so on.  But it would also be an indication of what actions you might take when faced with decisions in your relationships, work, health, recreation, study, and much more.

In fact, your personal philosophy of the true nature of things - your "philosophy of metaphysics" - may be the most elemental and basic driving force in how you live your life.

Metaphysics is the STUDY of the true nature of reality.  It is how you use your own personal life experiences, knowledge, and beliefs to make judgements about the nature of your physical world, and decisions about which actions to take within it.

Below is an article taken from the Florida State University website titled "What Is Philosophy?"  Below that you will find links to more articles about  philosophy, the branches of philosophy, epistemology or the theory of knowledge, what is ontology, anthroposophy, theosophy, and philosophy of mind.

To learn more about using your own physical life experience to gain access to the true nature of your reality, check out an article about the Heart-Mind, and visit A Mind With Heart.

Quite literally, the term "philosophy" means, "love of wisdom." In a broad sense, philosophy is an activity people undertake when they seek to understand fundamental truths about themselves, the world in which they live, and their relationships to the world and to each other. As an academic discipline philosophy is much the same. Those who study philosophy are perpetually engaged in asking, answering, and arguing for their answers to life's most basic questions. To make such a pursuit more systematic academic philosophy is traditionally divided into major areas of study.

Metaphysics: At its core the study of metaphysics is the study of the nature of reality, of what exists in the world, what it is like, and how it is ordered. In metaphysics philosophers wrestle with such questions as:

~~ Links to more articles and resources about the Philosophy of Metaphysics on Metaphysics-For-Life.com:

~~ The Branches of Philosophy: Metaphysics, Epistemology, Politics, Ethics, and Aesthetics. The Philosophy of Metaphysics - the study of the true nature of reality - forms the basis from which we perceive and give meaning to our world. As such, how we understand metaphysics forms the foundation for all other philosophical studies, and how we apply our resulting belief systems to our lives.

~~ Epistemology: (aka Theory of Knowledge). In everyday life, becoming aware of the true nature of knowledge and belief, and how these thought systems affect us emotionally and behaviorally, is critical to achieving personal empowerment and even basic needs such as physical and emotional health and well being.

~~ Theory of Knowledge: If Metaphysics is the study of the true nature of reality, then understanding the true nature of knowledge and belief is critical. What is knowledge? What is belief? And how do the thoughts and feelings that create them shape our lives?

~~ Ontology: The Search for the Unifying Substance of All That Exists. The search for a unifying principle that could explain how the Universe came into existence and our place in it, has motivated some of the greatest thinkers, philosophers, and scientists throughout human history and in our own time.

~~ Theosophy: The study of Theosophy can provide valuable insight into the metaphysical aspects of religion and spirituality. By remaining free of dogma and blind faith, theosophical exploration into the true nature of God or Spirit continues to evolve, allowing science and new technologies to play a role in the ongoing discovery of the true nature of the Universe, and how we choose to live our lives in it.

~~ Anthroposophy: Rudolph Steiner's scientific exploration into the spiritual nature of man has led to the development of many practical disciplines, including Waldorf Education, Biodynamic Agriculture, Bio-architecture, Complimentary Medicine, Eurythmy (a form of therapeutic dance), and Socially Responsible Investing.

~~ Agnosticism: While one may experience "gnosis" and cannot understand why another does not see the "truth", and another is "agnostic" and honestly claims to "not know", perhaps it is wise and best to simply acknowledge that both possibilities do in fact exist - side by side.

~~ Philosophy of Mind: Exploring the Metaphysics of Mind. As humans we have access to multiple levels of perception, including conscious and subconscious, intuitive, and spiritual. A complete, accurate and useful philosophy of Mind would not be possible without the application of ALL levels of perception, and a thorough integration of physical, mental, emotional and spiritual observations and results.

(note: a new window will open so you can easily return to this page)

Philosophy of Metaphysics: Stanford University Encyclopedia of Philosophy
It is not easy to say what metaphysics is. Ancient and Medieval philosophers might have said that metaphysics was, like chemistry or astrology, to be defined by its subject matter: metaphysics was the “science” that studied “being as such” or “the first causes of things” or “things that do not change.” It is no longer possible to define metaphysics that way, and for two reasons.

Metaphysics; the Philosophy of Metaphysics on Answers.com.
Branch of philosophy that studies the ultimate structure and constitution of reality — i.e., of that which is real, insofar as it is real. The term, which means literally "what comes after physics," was used to refer to the treatise by Aristotle on what he himself called "first philosophy." In the history of Western philosophy, metaphysics has been understood in various ways: as an inquiry into what basic categories of things there are (e.g., the mental and the physical); as the study of reality, as opposed to appearance; as the study of the world as a whole; and as a theory of first principles.

Despite several thousand years of failure to correctly understand physical reality (hence the current postmodern view that this is impossible) it is actually very simple to work out how matter exists and moves about in Space. The rules of Science (Occam's Razor / Simplicity) and Metaphysics (Dynamic Unity of Reality) require that reality be described from only one substance existing, as Leibniz wrote; 'Reality cannot be found except in One single source, because of the interconnection of all things with one another'.

WARNING: Rated "M" for Mature audiences. But if you don't mind the language, this short summary of Aristotle in Philosophy is hilarious!

Watch more videos about the Philosophy of Metaphysics at: A Mind With Heart Channel on Youtube. The official Youtube channel of Metaphysics for Life!

Back to the TOP of Philosophy of Metaphysics, or Return to HOME page.