What Is Ontology, and can it be applied to everyday life? 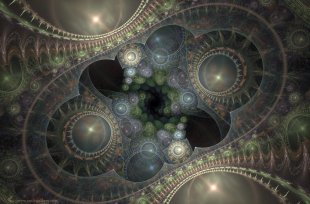 Ontology, one of the three major subjects of Aristotle's Metaphysics, may best be defined as:

"The study of that which is common to all things which exist."

"The categorization of the diverse manner in which things can and do exist."

The search for a unifying principle that could explain how the Universe came into existence and our place in it, has motivated some of the greatest thinkers, philosophers, and scientists throughout human history and in our own time.

To learn more about these scientists and philosophers, click on the SCIENTISTS button on the navigation bar to your left. There you will find links to explore the works of Aristotle, Hume, and Kant as well as modern figures like Einstein, Wolf, Harramein, Emoto, Holmes, Lipton and Braden.

Perhaps the greatest challenge or obstacle to gaining a true understanding of Ontology is the nature of the human Mind that seeks to know itself. The very act of observing, measuring, giving meaning to, and categorizing leads to boundaries and limitations of thought that undermine the purpose of this branch of philosophy - which is to know the Source of all that exists.

And so goes the never ending debate. Just listen to the video below to get an idea of what I mean! Any attempt at describing or explaining an ontological subject ultimately leads one back to the beginning of the argument, without any resolution, and without any clear idea of what has just been discussed.

It's a fascinating experience, in the end leaving us with the realization that the study of "that which is common to all that exists" is a never-ending exploration into our own Mind, hopefully leading us to the "Heart" of the matter which is this:

That which is common to all things cannot be found in the head, but only in the Heart.

A Theory and History Guide for Philosophers
Metaphysics, Theory of Objects, and Ontology - Metaphysics is the science that studies being in general (Aristotle), in other words it considers reality, which is to say existent or actual objects; according to Meinong, the theory of objects is an a priori science which concerns the whole of what is given, existent or non-existent.

Ontology by Dale Jacquette on Google Books
Dale Jacquette explores questions of pure philosophical ontology: what is meant by the concept of being, why does something exist rather than nothing, and why there is only one logically contingent actual world. In the second part of the book Jacquette examines issues of applied scientific ontology and provides a critical survey of some of the most influential traditional ontologies,

Wikipedia - the Free Encyclopedia
The principal questions of ontology are "What can be said to exist?" and "Into what categories, if any, can we sort existing things?"

On Truth & Reality: The Dynamic Unity of Reality
Despite several thousand years of failure to correctly understand physical reality (hence the current postmodern view that this is impossible) it is actually very simple to work out how matter exists and moves about in Space. The rules of Science (Occam's Razor / Simplicity) and Metaphysics (Dynamic Unity of Reality) require that reality be described from only one substance existing, as Leibniz wrote; 'Reality cannot be found except in One single source, because of the interconnection of all things with one another'.

The Meaning of Ontology

Go Back To: Philosophy of Metaphysics