What Is The Definition of Metaphysics? 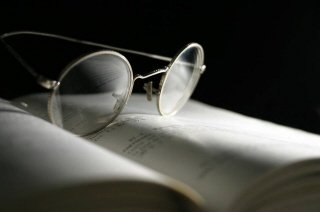 The Definition of Metaphysics is often given as "the philosophical study of that which cannot be perceived with the five physical human senses".

Another definition of metaphysics may be derived from the meaning of its Greek roots - literally "Meta"; meaning beyond or after, and "Physics"; the science (or study) of matter and energy.

However, as science continues to delve deeply into the true nature of matter and energy, it seems more and more likely that the physical universe we perceive with our five senses may itself be metaphysical in nature.

Quantum physics and scientific research into the Zero Point Field indicate that the "stuff" we are made of may actually be less than nothing at all. Apparently, physical objects exist on a subatomic level as mere probabilities and do not come into existence at all until the moment we perceive them.

That would make everything we perceive with our five physical senses "non-physical" in origin. Therefore ALL aspects of the universe, previously defined as "physical" and "metaphysical" are in fact non-material in essence or nature.

Apparently, there is simply no area of human life that can escape the realm of metaphysical examination, making it perhaps the most difficult and complex area of study one may wish to undertake.

However, those qualities are also what makes it so worthwhile.

The study of metaphysics can lead to new technologies and understandings of human nature that may free us from the limitations causing much of the chaos, crises, and suffering of past and present societies.

In the meantime, learning about and applying metaphysical principles and testing them in your own life can bring immediate and personal benefits, including greater peace, health, and well being for yourself and those around you.

Below is a long list of definitions of metaphysics I dug up from across the internet.  Which is your favorite definition? Or least favorite? Use the comments section at the bottom of this page and find a link to read "Metaphysics" by Aristotle online for free.

OR, Go Back To: What Is Metaphysics? to learn more about the history, meaning and importance of metaphysics.

* The philosophical study of being and knowing.
﻿(wordnet.princeton.edu/perl/webwn﻿ )

* Metaphysics is the branch of philosophy investigating principles of reality transcending those of any particular science. ...
(en.wikipedia.org/wiki/Metaphysics )

* The branch of philosophy that examines the nature of reality, including the relationship between mind and matter, substance and attribute, fact and value.
(architecturalgarden.com/departments/design/archive/terminology/)

* Metaphysics is one of the principal works of Aristotle and the first major work of the branch of philosophy with the same name. The principal subject is "being qua being", or being understood as being. ...
(en.wikipedia.org/wiki/Metaphysics_(Aristotle)

* The branch of philosophy which studies fundamental principles intended to describe or explain all that is, and which are not themselves explained ...
(en.wiktionary.org/wiki/metaphysics)

* metaphysical - Of or pertaining to metaphysics; Immaterial, supersensual, not physical (more properly, "beyond" that which is physical)
(en.wiktionary.org/wiki/metaphysical)

* Metaphysics is the branch of philosophy concerned with explaining the ultimate nature of reality, being, and the world. More recently, the term "metaphysics" has also been used more loosely to refer to "subjects that are beyond the physical world".
(www.yourghoststories.com/glossary.php)

* The study of events beyond or outside of man's understanding of classical physics.
(ohioghosthunters.us/definitions.html)

* the manipulation of noetic symbols as if they were propositions
(watershade.net/ev/ev-glossary.html)

* The term meta means "above" and physics refers to the "physical" in Latin. Therefore, literally translated metaphysics means "above what is physical." More generally, metaphysics is a branch of philosophy that investigates reality, existence and knowledge from a mystical point of view. ...
(www.tarotteachings.com/meanings-dictionary-for-tarot-h-p.html)

* the form, or way of being, of something, as distinct from its substance
(www.yourdictionary.com/mode )

* thinking that is abstract beyond the physical.
(www.geocities.com/CapitolHill/1284/glossdef.html)

* Derived from the Latin word meta which means beyond, metaphysics would literally mean that which is beyond the laws of physics.
(www.clubalien.com/definitions.shtml )

* Metaphysics is a major branch of philosophy that addresses the broad issues of reality and existence. It focuses mostly on the nonmaterial aspects of reality and those things that are not subject to scientific verification or mathematics. ...
(www.theologicalstudies.citymax.com/page/page/4378925.htm )

* a science dealing with mechanical or psychological phenomena due to unknown forces or powers in human intelligence.
(www.inneraccess101.com/glossary.htm)

* the branch of philosophy that treats of first principles, includes ontology and cosmology, and is intimately connected with epistemology.
(www.gnosisarts.com/nj-philosophical-practitioner.html )

* Literally beyond or after physics. The word is taken from the title of part of Aristotle's writings (aka 'first philosophy'), which ...
(davidbryant.home.att.net/glos01.htm )

* A word that has come to mean the same thing as epistemology, distinguished mainly by way of its origin in the postumously given name to a work of ...
(www.texascollaborative.org/Urban_Module/glossary.htm)

* A branch of enquiry that deals with fundamental questions about BEING, and about what kinds of things there are in the world.
(www2.psy.uq.edu.au/~broerse/GLOSSARY.html )

* An underlying philosophical or theoretical principle: a belief in luck.
(www.gemstonemeanings.com/gemstone-glossary/m.htm)

* metaphysical - Rooted in philosophy rather than in objective observation.
(www.uprightape.net/UA_Glossary.html)

* metaphysical - Literally, beyond the physical realm, beyond that which we can realize or discover with our five senses. Also, a branch of philosophy which studies the “beingness” or inherent nature of reality.
(www.himalayanlivingsalt.com/glossary.htm)

* metaphysical - These are the private, often spiritual or religious feelings, insights, or benefits that people may receive from wildlife as they contemplate the ...
(www.forestencyclopedia.net/p/p1976)

* metaphysical - 1. of, connected with, or having the nature of, metaphysics 2. very abstract, abstruse, or subtle: often a derogatory usage 3. ...
(www.healthresourcecenter.com/glossary.htm )

* metaphysical - Concepts with a problematic status in their use, such as God, the absolute, mind, matter
(zakame.spunge.org/wiki/TypesOfConcepts.html)

A definition of metaphysics on Answers.com;


and a link to a FREE online book: METAPHYSICS by Aristotle.


Back to the TOP of Definition of Metaphysics.

Back To: What Is Metaphysics?

Return to the HOME page.